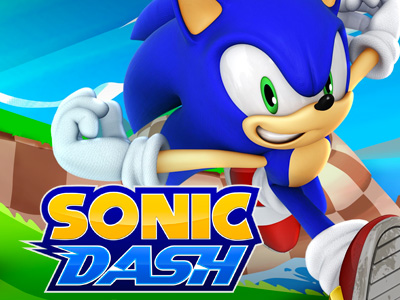 Holy moly, what a blast from the past–it’s Sonic the Hedgehog! Sega fans rejoice as your mascot returns in a blue blaze of glory. In Sonic Dash, you can run, jump, and spin your way through beautiful 3D environments for as long as your legs–or in this case, your fingers–can take you. This is Sonic’s first endless runner game, and as far as our spiky friend is concerned, he was made for this kind of fast, frenzied, and FREE action!

Playing as Sonic or any one of his furry friends, players will find themselves swiping their way over, under, and around challenging obstacles as they run, run, run, chasing down the sun. Just how far do you think you can go? Whatever the distance, this is Sonic; so you gotta go fast! 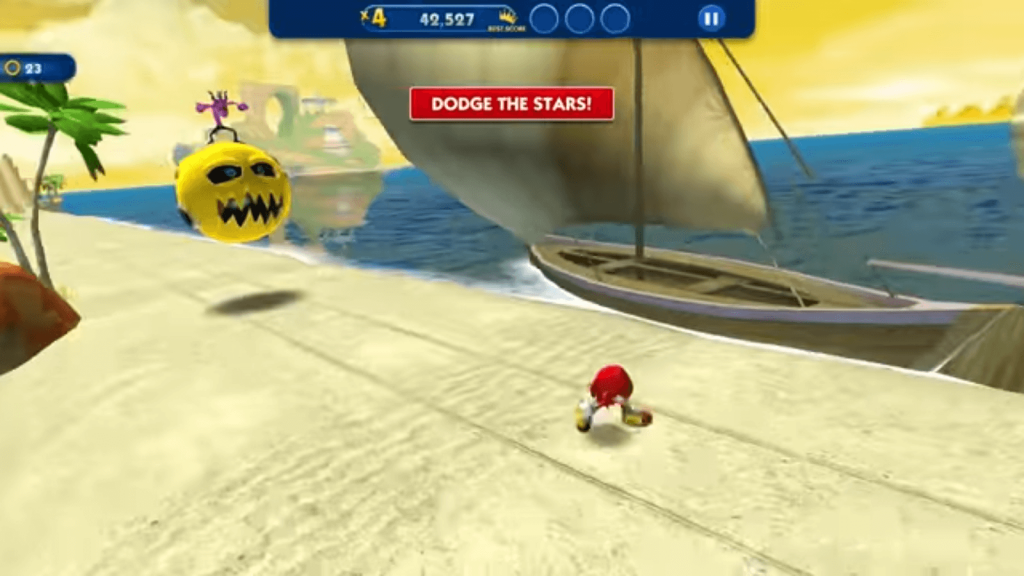 Tired of having to dodge around roadblocks? Use Sonic’s signature (but patent-pending) Spin Dash move to boost yourself to ludicrous speeds and destroy everything in the way! Try to get as far as you can to set score records and earn rings and crystals to unlock more amazing Sonic characters and courses. Then, take them out for a jog to earn experience and level up their stats so you can run harder, better, faster, and stronger than ever before.

Warning, warning, warning! Many of the classic big baddies are back to try and stop Sonic dead in his tracks. Be prepared to use Sonic and friends’ awesome powers to defeat these despicable devils with your homing attack! Time it well, though, because moving a fraction of a second too early or too late can spell the difference between a solid hit on the enemy, or a trip back to the hospital for you. Bummer!

If you need an edge to help keep you going, fear not; plenty of powerups are on the horizon just begging to be grabbed. Head starts, shields, ring magnets, and score multipliers are among the things you can unlock, win, or buy to help propel you off the starting line with all engines firing.

What are you waiting for? Sonic’s got places to be and people to see, so take him out for a spin now!

Sonic has never looked better! The beautifully rendered 3D world looks awesome on any device, big or small. You can spend hours just soaking in all the environment has to offer. And because this is an infinite runner, there’s no end to the scenic route!

Build the Sonic dream team! Buy, unlock, and upgrade any of Sonic’s friends, including Tails, Knuckles, and Shadow–among many more! Characters from Sonic games and media are frequently added in regular events, too, so come back and see who you can unlock next. 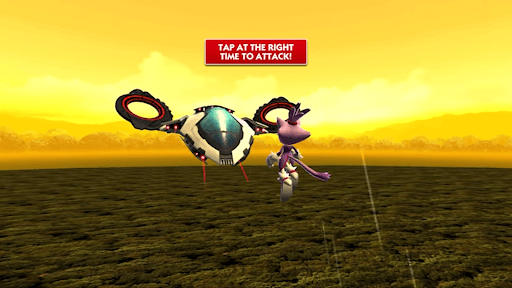 Look out, though, because, for every Sonic hero, there’s a dastardly Sonic villain waiting to cramp your style! From the classic Dr. Eggman from the original Sonic games, all the way to the crazy new Dr. Robotnik from the Sonic movie, there are plenty of familiar names and faces to knock around.